Originally LANs were built using a rather thick variety of coaxial cable.  Later, when a thinner version was adopted, the original was colloquially referred to as thicknet and the later variety as thinnet.

A cross-section through thicknet looks more or less as one would expect. 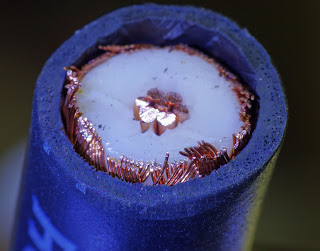 Nobody can deny the inherent beauty in such cables. 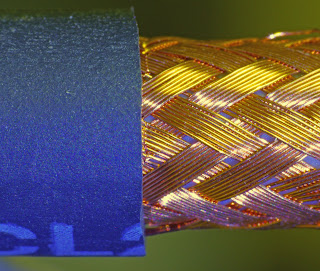 As always a sense of scale might be useful. 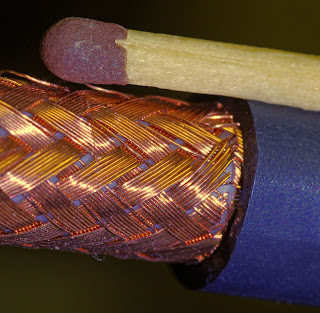 A more realistic comparison is one with related cables. 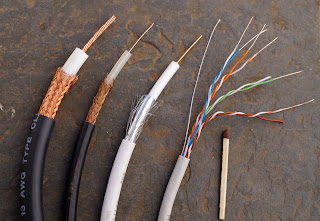 The coax on the left is thicknet.  Officially it is known as RG-8/U or, in Ethernet applications, as 10Base5.  The 10Base5 designation stems from the fact that it could be used for baseband transmissions at 10Mbps over distances of up to 500m.

Next to the thicknet is an example that looks like thinnet.  This example is RG-59B/U.  Real thinnet looks very similar, but has an impedance of 50Ω, compared to the 75Ω of RG59B/U.

The white coax is RG-6/U - commonly used to connect antennas and satellite dishes to TV sets.