Many South Africans will remember the phone plugs used in the old days - the plug shown in the picture below.  In fact, many probably still use these old plugs.  (I remember when these old plugs were the new ones that replaced an even older variety...) 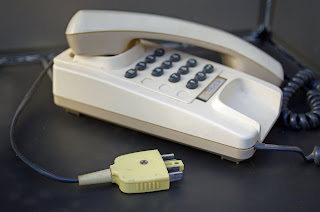 Of course, early modems sold in South Africa used the exact same plug.  However, in later years modems had the now ubiquitous RJ-11 plugs and came with a separate adapter. 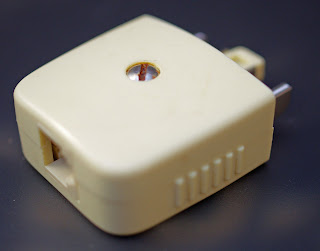 The RJ-11 socket should look familiar to most readers of this post. 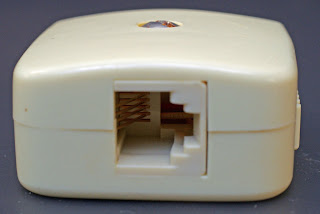 It's the other end that looks strange to a new generation of students. 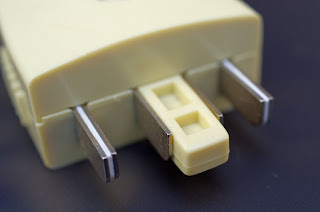 Of course, it's not only South Africa who had strange phone plugs.  Many kits were available that allowed one to convert local phone sockets to RJ-11 sockets wherever one travelled in the world.  The picture below shows one such kit manufactured by Targus that enabled one to travel through most of Europe and remain connected. 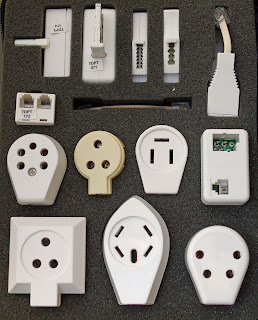 Here are the 'business ends' of the adapters. 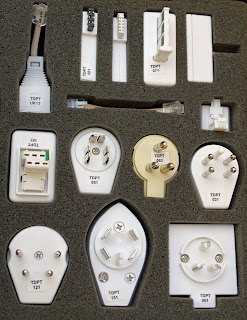 Unfortunately these plugs did not solve all one's problems.  One also needed a local ISP to call.  Alternatively one had to make an incredibly expensive call to one's home country that typically suffered from really bad interference.  The best option was to use an ISP with an international presence.or one that had a roaming agreement with various national ISPs.  Unfortunately such ISPs were scarce - especially in the early years of mobile computing.
Posted by Martin Olivier at 15:47